In the early 1970s, probably 1973, Henk Heidstra, who was the ferryman at Froskepôlle an island park on the outskirts of Leeuwarden in Friesland, acquired the hull of an old Steilsteven. His children remember playing in it amongst the weeds, not realising that their dad was to make it their home.  This was the hull of our ship.

Over the next few years Henk worked on this over the weekends to convert the old hull into the family home.  He invested most of his savings and even sold some family heirlooms to help. 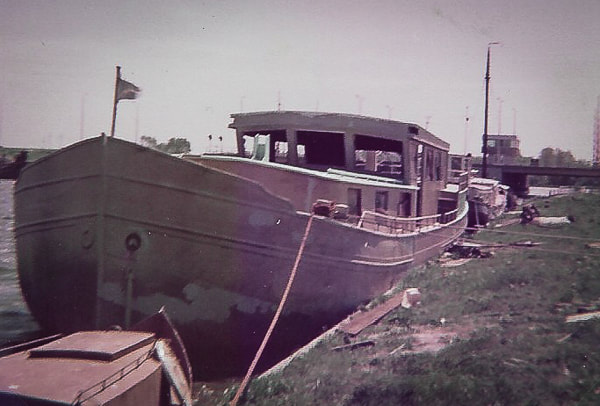 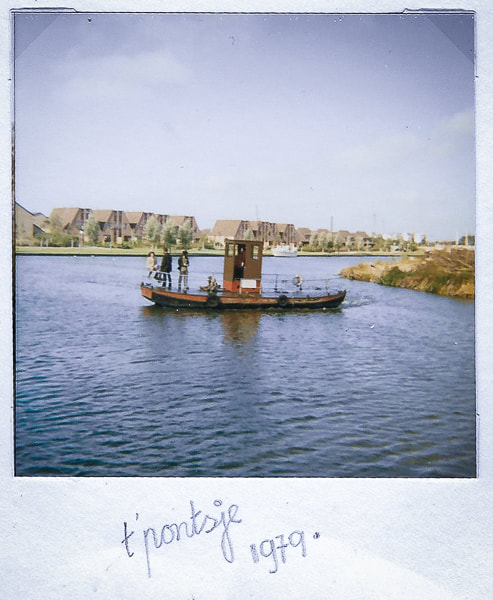 Once completed the family lived aboard. She was originally moored permanently near the ferry, however the family would go away for holidays or for weekends in her.

The forward cabin was used by the parents but the bed was sideways across the cabin. There were 2 cabins at the stern for the kids, each with a raised bed along the side.  The family bathroom was a little smaller then, as there was a door from the daughter Hanneke's bedroom into the hall.

The only heating was two coal stoves, one in the Salon (where our diesel heater is now) and one in the hall.

There was a small hot water boiler in the kitchen next to the starboard door.

​There were tiles on the bench.

​Otherwise it was very similar to how we have her now. 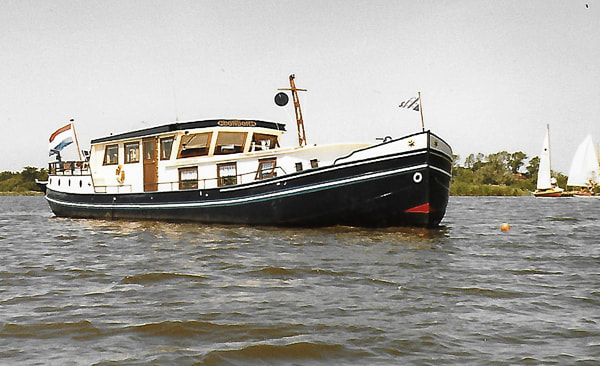 Once the brige to the island was built she was actually moored on the island. 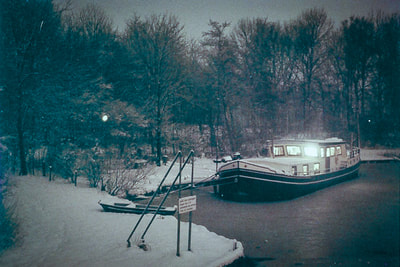 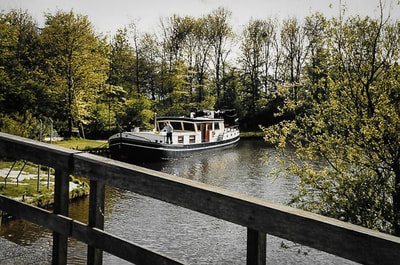 Froskepôlle then
In 1996 Henk died and his widow couldn't handle the boat by herself, so they sold her.

In 2017, we met a cousin of the family in Workum who recognised the boat and remembered staying on her as a child. He helped us to meet up with Jilt and Hanneke, Henk's children, in Leeuwarden.  It was an emotional homecoming for them both, as they never expected to see the boat again.  They were kind enough to share photos and stories about the boat.

We learned that Henk named the boat "Condor" after seeing the name in a dream. 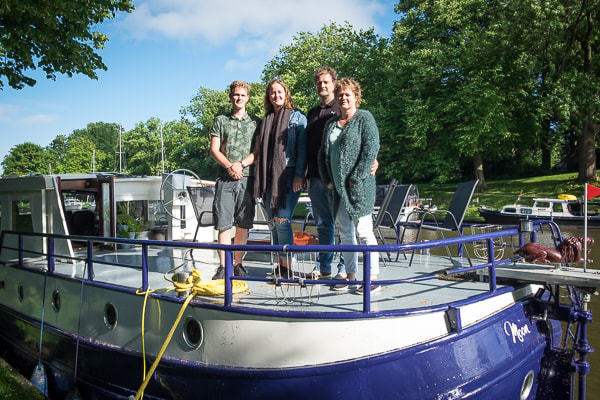 Hanneke and her family visiting Moondance.
Later we visited Froskepôlle ​to see where she had been. 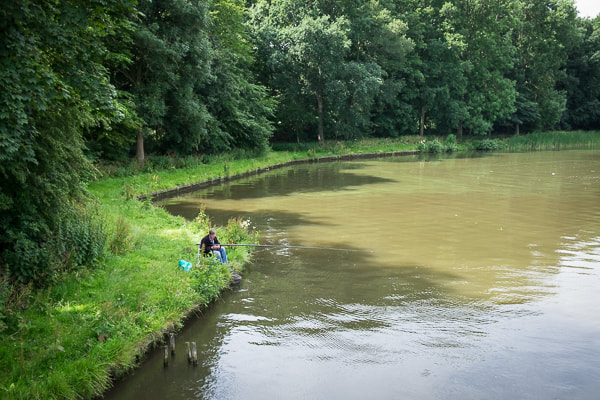 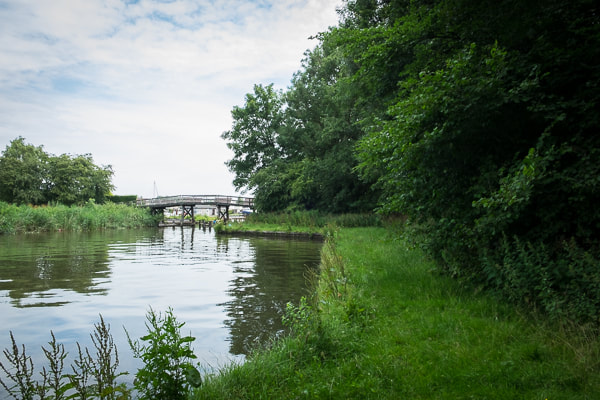 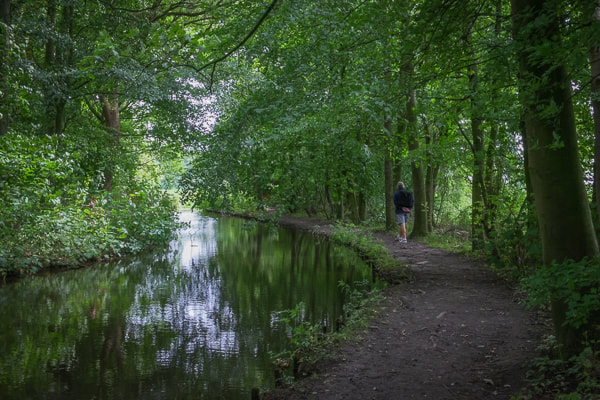 Howard and I imagine that it must have been a great place to grow-up, especially since you had the whole island as your backyard.

​We were pleased to learn more about the history of our barge. 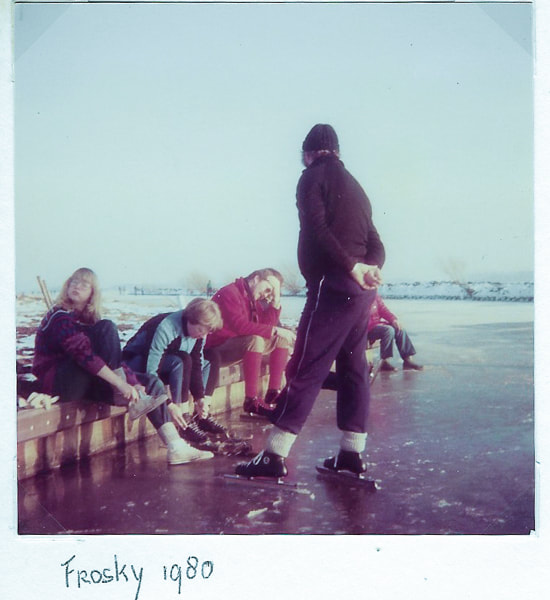